In 2014, SK Jachtbouw celebrated its 40th anniversary. On May 30, no less than fifty (!) SK Cutters were docked in the Houkesloot at SK Jachtbouw and three neighbouring companies. That is more than 30% of all SK Cutters ever built. That really tells you something about the close relationship that SK sailors have with the shipyard of their ship.

Proud SK owners had sailed to Sneek with their ship from all parts of the Netherlands, as well as from Belgium and Germany. Many of them got to know each other through the meetings of the Association for SK fleet.. 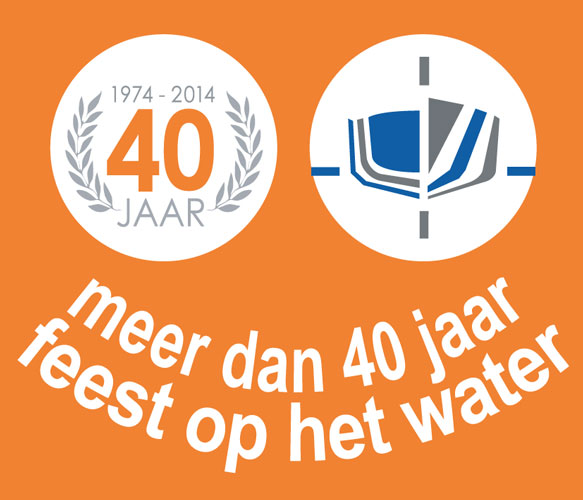 The 40th anniversary on the news...

Sailing to IJlst, through Sneek